Jackson could be considered still a puppy. 90 pounds and he still have a lot more to grow. One of his owner said that he was 8 month old, the other one said 10 month old. At this point, Jackson eats more than both of his owners combined.

Jackson still hasn’t learned his size. He doesn’t walk with people, he goes to the tree to sniff and his walker follows… 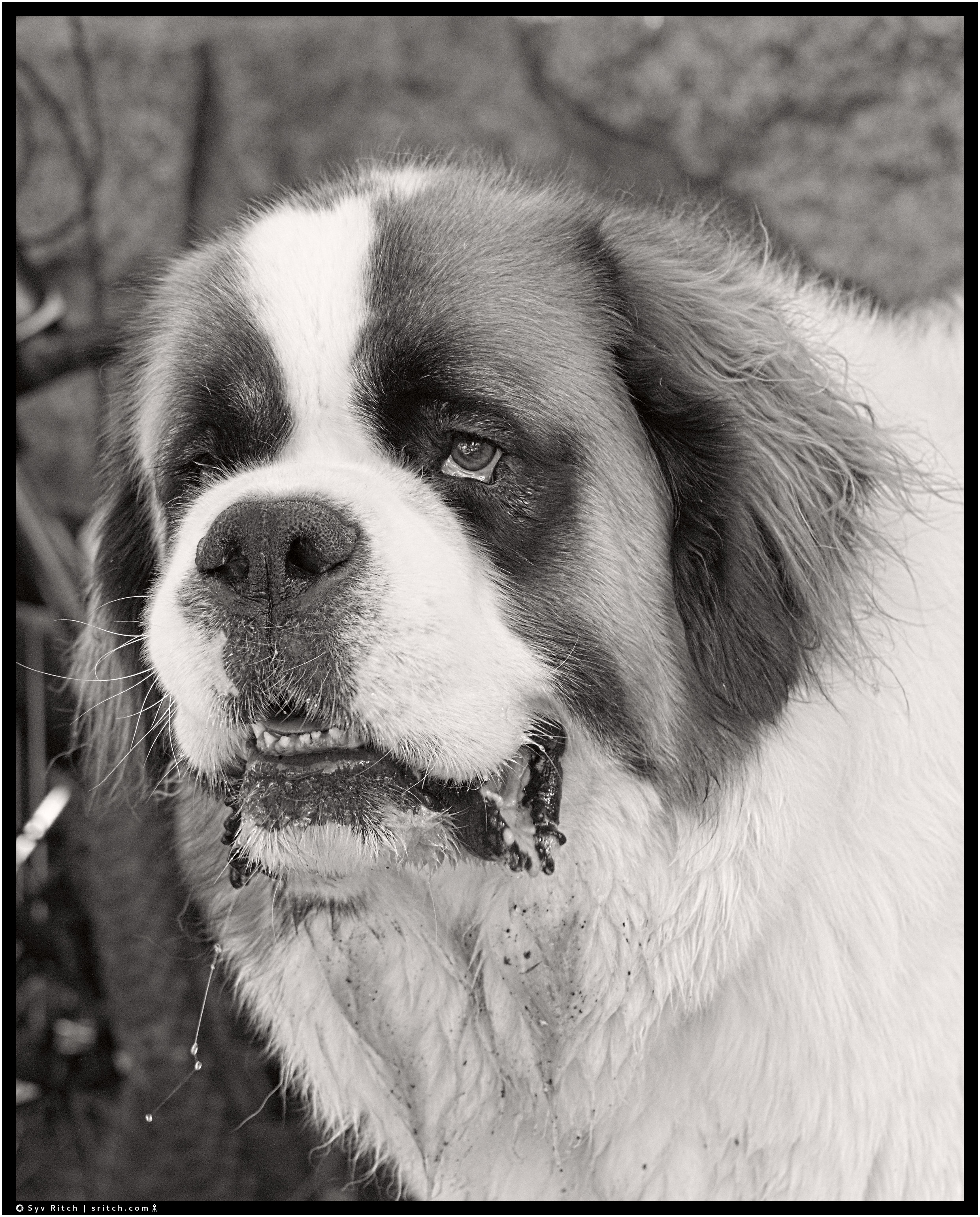 St Bernards used to be called Alpine Mastiff or may be ‘Alpine Massive’ would be more appropriate.