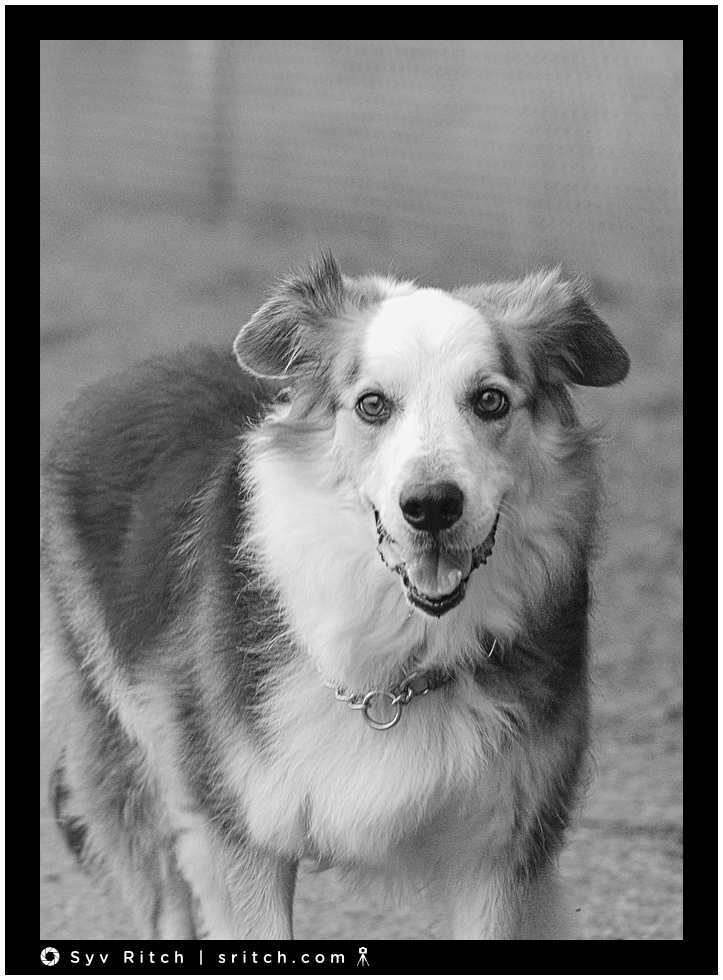 This is my dog. His name is Dodoïte (pronounced: Dodo ïte). Most people think that he’s some Australian Sheepdog. That’s mostly because of the colour of his coat which you can’t see since the image is in black and white and because of his ears.

The thing is that he can do whatever he wants with his ears.